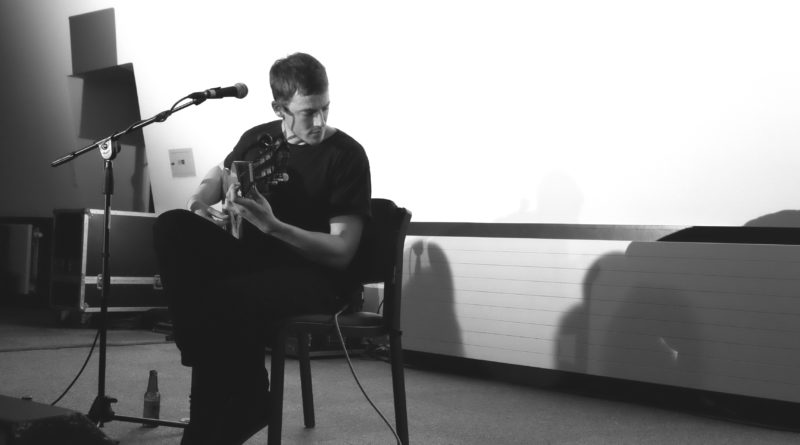 INTERVIEW – We had a nice little conversation with the incredible songwriter Charlie Cunningham, a few hours before his show in Paris.

I discovered Charlie while surfing on YouTube, like I always do, two years ago. I totally loved every little bits and parts of his music. Literally. We already chatted last year, for his first gig in Paris. But I did not have the chance to talk to him about his first album, Lines, which was released at the beginning of this year. I met Charlie in Les Trois Baudets’ restaurant, a few hours before his first parisian gig with his new band. We sat there, while the members of staff were preparing the place for the evening.

Rocknfool: I was wondering: how have you been working with your two musicians? You were touring on your own the last time we talked, and you didn’t have an album!
Charlie: Very well. My original keyboard player, that I’ve been rehearsing with has basically hurt his arm, so we’ve got Jon in, a new guy. He’s just been great, really professional. And it’s really lovely travelling with other people, being with other people on stage, sharing the energy…

Have you been working with them on the album as well?
No, I did the album then caught these guys after I’d recorded the album. To learn some of the parts. There are obviously quite a lot of layers on the album. Jon is not an octopus so he couldn’t do all of those things, but he just picked out things that needed to be lifted. The live presentation of the music is not exactly the same as the album but it’s just a little lift from my usual show. But it’s gonna be cool! I’m up for it!

Now you can’t do anything you want on stage.
No, you have to be a little bit more structured, but that’s cool, it’s still quite loose though, it’s not too regimented. I still try to keep the same energy that I had before – quite relaxed – and it should work. We have to get into the tour a bit, we’ve done one gig together in London and it went really really well, it was really lovely, so hopefully it will be the same for these ones. Fingers crossed.

“I have a few more strings to my bow now with my band.”

Is the thing of “the guy with a guitar only” totally over?
Absolutely not! I still do some gigs on my own, it just depends on the show, on what’s the right thing for that time. It just means I have a few more strings to my bow now with these guys, we can maybe play gigs that we didn’t play before or something like that you know? Something extra.

So that was the aim?
The aim was just to develop, to expand the sound slightly, to make it interesting for me, for other people just to see some developments musically, and try to lift things through, keep that same kind of ethos, the idea of having things minimal. Still keep things stripped out. There are keys on stage but they are really tucked underneath, it’s just lifting rather than just being something completely different, it’s like ornamentation.

Ok, so no brass band then.
No, not yet. Next time! (smiling)

You were organic and acoustic in your Eps, though in Lines you went a bit electronic. What leaded you to that mixture?
I had soft layers and stuff concealed underneath a lot of my tunes on the Eps, really buried in there. With this album I just wanted to give everything a foundation, a bed, have more scope and dynamics. I still have small and intimate songs, if you have the context of the previous Eps, those will still feel close to you. If anyone has been listening to my stuff before, that should be a good context for the album rather than thinking that they are not related. All of those things are connected you know? That’s how I think about it, I don’t think of it as one being the new thing and then the thing before as the old thing. I’m constantly doing one journey of music, rather than always an extension of the next one…

I didn’t think you were an electronic guy, that’s why.
Definitely! When I was growing up I used to listen to all sorts of music, real varied stuff! It’s important for me to incorporate things I like. I still love Aphex Twin, Brian Eno and these people who really worked with ambiances, soundscapes…

“I just want to keep moving with what I’m doing.”

I have to say, I thought that your album was cleaner and smoother than your last Eps. What has changed? What leaded you to do it like that? Because you don’t sound like that on stage…
I just wanted to do something very fluid like the records I like listening to, something that you can put on and have that constant little theme and journey throughout. The Eps ain’t going anywehere, it was never a view to do an album with the best of the Eps or anything like that. They were really important to my sound and that is where it all started. But there was always a plan to start with the songs, and then however I interpreted that on the album would be ok because of what I’ve done in my EPs. I just want to keep moving with what I’m doing. The album is very clean, kind of smooth, but all of those songs are still born from the same place that all of my previous songs were. They can all be still played on my own with an acoustic guitar. It’s important for me to move things, to keep evolving. I’m sure I’ll do lots more that will be stripped out as well but for now I just want to do this you know?

So if you want to do a rock’n’roll record…
(laughing) Yes, who knows?! I don’t think that will happen, but it’s the same vibe as the Eps, but it is cleaner.

Is “Molino” a resurgence from the past?
It’s just a nod, a little mood: it was just showing where that music is all coming from. I didn’t want to do a full flamenco piece. It’s a wink to what has been a really big influence on my music. I almost think of it as a sort of an introduction to “You Sigh”, the song that follows it.

I really liked “Answers” though this song has a full sound so…
The other Eps were just me and a guitar, very instant but I wanted to do something that you have to revisit or that you have to listen to again and again to discover the little new ones of what’s going on. For me that’s something I haven’t done yet and wanted to do with this record.

Can you tell me the story behind “Answers”? Or, is there a story?
Yeah… there is but it’s probably a tough one to talk about lyrically. I think I’ll leave it to the listeners.

It’s my favourite one…
It’s your favourite probably because of whatever association you made with the lyrics, you know what I mean? Rather than me telling you what they’re about? It’s a mood really, it’s very personal to me, too personal to talk about now. But there are things people can latch on to, the same way that you did.

I didn’t ask you that question the last time we talked, but what is it between you and nature?
(laughing) It keeps being a thing doesn’t it? I think it’s a natural kind of beauty, it’s good for my mind when I spend these times… I travel a lot, so when I get home I like to be completely away from that stuff, I notice it now more than I ever had done before. I grew up in a bit of a countryside and it’s probably more important to me to revisit that stuff than I thought it was, until I start doing all this stuff, just spacially and to try to breathe and think… 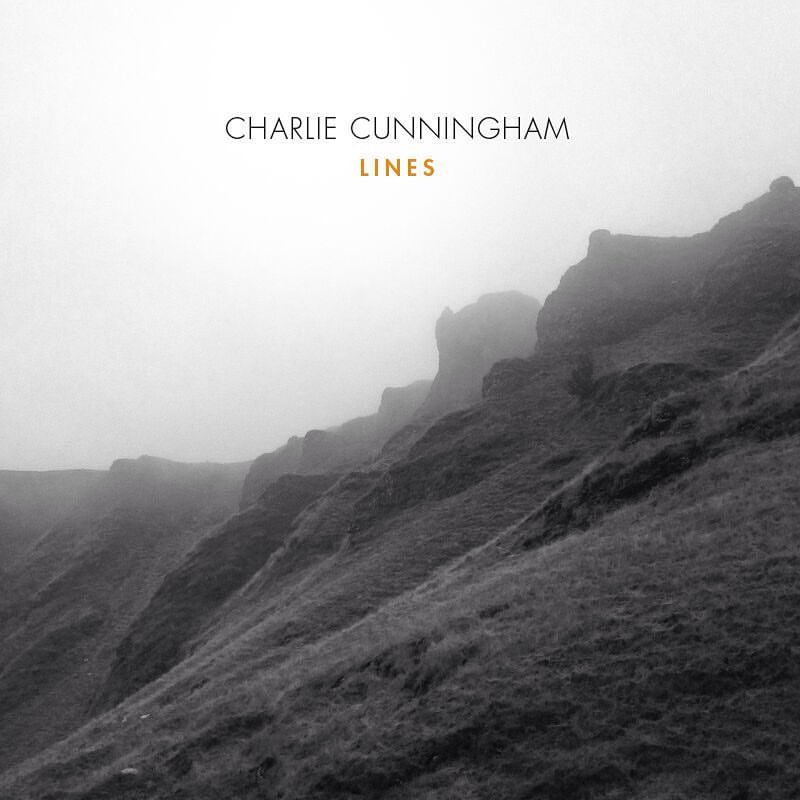 Because I’ve read that your cover was a picture you took?
That photo is in the Peak District in Derbyshire, England. I was walking and I was like “woah”, I want that, I’m having it done with my phone. I was thinking about the artwork and I was like “I think that’s the one”… You can spend so much time thinking about this stuff. I just felt like that was the reflection about the space and the clumsiness of the album.

Your music seems to match with churches, it’s quite luminous and wise. Would you say it’s spiritual too?
Churches put people in a certain mood when they go in: you instantly walk in there, you pay attention, you just want to listen. It just puts people in a certain mindset, which really works with my  music. It helps me! I don’t know what to think about churches, about religion, if there’s a God or anything, but I know that there’s an energy in a lot of these rooms that is pretty special. Whatever it is, you feel it.

“While You Are Young”, what do you still need to achieve?
I want to keep making music that I like, a music that feels true. As long as I’m making the right music and I’m not losing my focus. Keeping the same drive that I’ve had for the last few years, and not getting compleasant… Make music as good as it can be!

Thanks to Charlie of course, and Elodie.