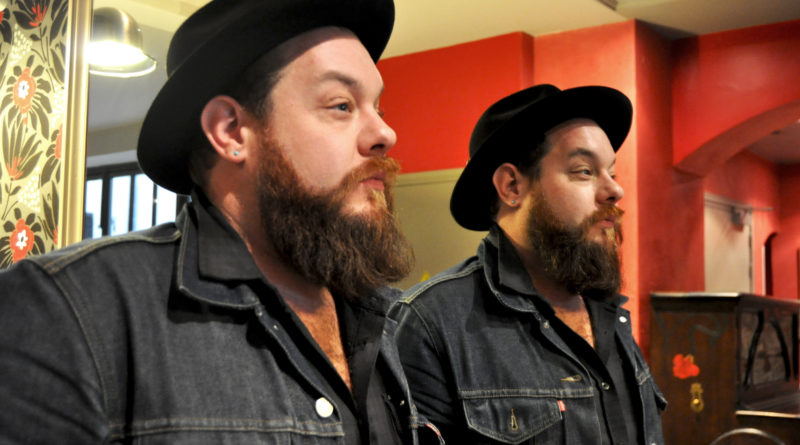 Rocknfool: Before touring with the Night Sweats you were by yourself, on a solo project. True or false, the more, the merrier?
Nathaniel: True, for now. It’s more fun playing with big bands, when sometimes with a solo project I have four-five people with me, and some of these people are still playing with me now. Three of them are. But sometimes having all these people, it’s really hard to keep track of where everybody is at.

You’re playing in Paris tonight (MaMA Event), and you’ve already come few times before. True or false, French audience is quite hung up, prude and lifeless?
I don’t know! Can’t do worst than the German! They enjoy the music, but they don’t move. I’m usually hoping that people dance around… I can’t say right or wrong for this one either because before, when I used to play here by myself, people were seated and listened, it was perfect. But we haven’t played yet with this band so of people just stand there then it’s gonna suck (laughs). It just makes it hard! It’s nice when you have an audience which is giving you an energy back.

In Memory of Loss, one of your solo album, was more Bon Iver, Iron & Wine than Otis Redding. True or false, melancholic folk music is so 2010-2011?
I would say true. I still love folk music, singer songwriters… but they are gonna say that next year about what we’re doing so…

Electro music is everywhere… True or false, people need for their own good and health to hear more authentic and good retro music instead of music created by computers?
TRUE. I don’t really like discoteques and stuffs like that, it’s not what I listen to. There’s a lot of bad pop music that people like too. Maybe most people doesn’t spend much time thinking of what it is they’re going to listen to. It seems that younger people are really into like, taking drugs and going to listen to electro music. But in the 60’s and 70’s people took drugs, kids took drugs and saw great bands. Of course the music industry would continue to push, radio would play  more things not goot that people like… Sorry wrong answer! (smile)

You’ve said in an interview that you were not looking for perfection in studio. True or false, live performances and touring is everything an artist is looking for? That studio is actually just a way get on tour…
I love recording… I don’t know. Wrong I guess, because I think that there’re two different things: you have to tour in order to get back into the studio, and you have to get in the studio to tour. I feel like a live performance in the studio is different than the real stage. I like them both equally for what they are, I love recording and playing in front of audiences.

You confess yourself in your album. So True or false, an album is a way to leave a kind of testimony of one’s experience to the reste of the world and future generations, or is it just a way to do penance?
True, it’s a way to communicate sometimes, maybe not to future generations but to yourself, to maybe people around you. Sometimes… well a lot of times, when you write, you don’t know that what you’re writing is really personal, and later you’re like “oh shit! I didn’t mean to be so revealing!”.

It seems like there’s a strong link between your lyrics and religion. So rue or false, music and religion is always a successful match?
False, religion is horrible! I mean, I grew up going to church, but I’m not religious at all… I’m not even very spiritual (laughing). There’s certain things that I like, Alan Watts, Joseph Campbell, that kind of stuffs. I’m so busy doing this album, taking a lot of time to medidate… I haven’t to church in some times… There’re things about church that are interesting, but I’m not really interested in fear and guilt…

About the lyrics of your album, true or false, despair, drama and sorrow are easier topics to write about?
True yeah, who’s happy?

Some pop stars are don’t you think?
These people are writing songs for them (laughing). It’s easier to write from what’s true, and that might be sorrow.

Last one! I’ve read that you were a whisky lover yourself. True or false, whisky is the drink of every good musician?
True for everyone that I know! (laughing) I don’t know a tone of people who’s drinking vodka. My friend was telling me that Nick Cave came into the bar she’s working at in a hotel, and he drank whisky sour all night. I’m sure Leonard Cohen drinks whisky, he doesn’t seem like a vodka guy. 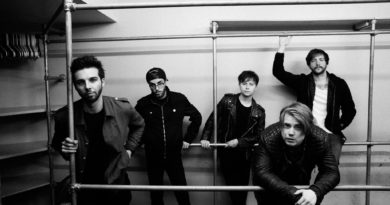 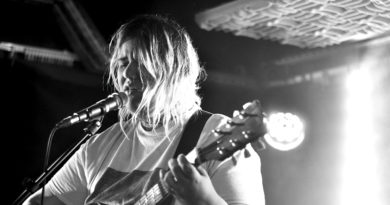