“French is sexy, Italian is really like melodic.” That is how I am first introduced to the explosive duo Lola Marsh. Lola Marsh comes from Israel and their secret ingredient is the perfect balance between Yael Shoshana Cohen’s voice, smooth and husky, and Gil Landau’s magical music. We met right before their Parisian show on the flowered stage at Les Etoiles.

You said in a previous interview that Yael is Lola and Gil is Marsh. Could you introduce me to these characters?
Gil: I am Lola!
Yael: We were trying to confuse people. No I’m joking. Actually we just loved the sound of the name. And sometimes I am Lola…
Gil: …and sometimes I am Marsh.
Yael: It was like the feeling that the name found us. We heard it, we loved this name, the sound of it fit us, fit the music, let’s go !

How did it find you?
Yael: We sat with friends…
Gil: … like a brainstorming, everyone with stupid names. It started with Marsh and then…
Yael: Lola! Lola Marsh?
Gil: Marsh Lola? Lola’s Marsh, no, Lola Marsh!
Yael: I think it’s cool that sometimes people think I am Lola Marsh.

Did you define the project, at the beginning? How did Lola Marsh start?
Gil: We didn’t define it.
Yael: It took a really long time. Gil came from a different road, I came from a different road… First, rehearsals were like: “let’s meet, let’s get to know each other”. It took us time until we knew that this is the road we are going together, this is the sound of what we want to do, the melodic way, and the lyrics, the theme…
Gil: I think that in the beginning, we were like a lot of jammers… and today also!
Yael: He heard different musics, I heard different musics. And I got to know his music, his taste. We first influenced each other, but after a while it just happened!
Gil: There are songs that we really liked from the beginning. But the time came that we felt that it is not right to use them, it’s not us.
Yael: Maybe they were more Yael or more Gil, but not the both of us. And I think the songs we have now are really like the combination of the both of us. We found this colour that we believe in. 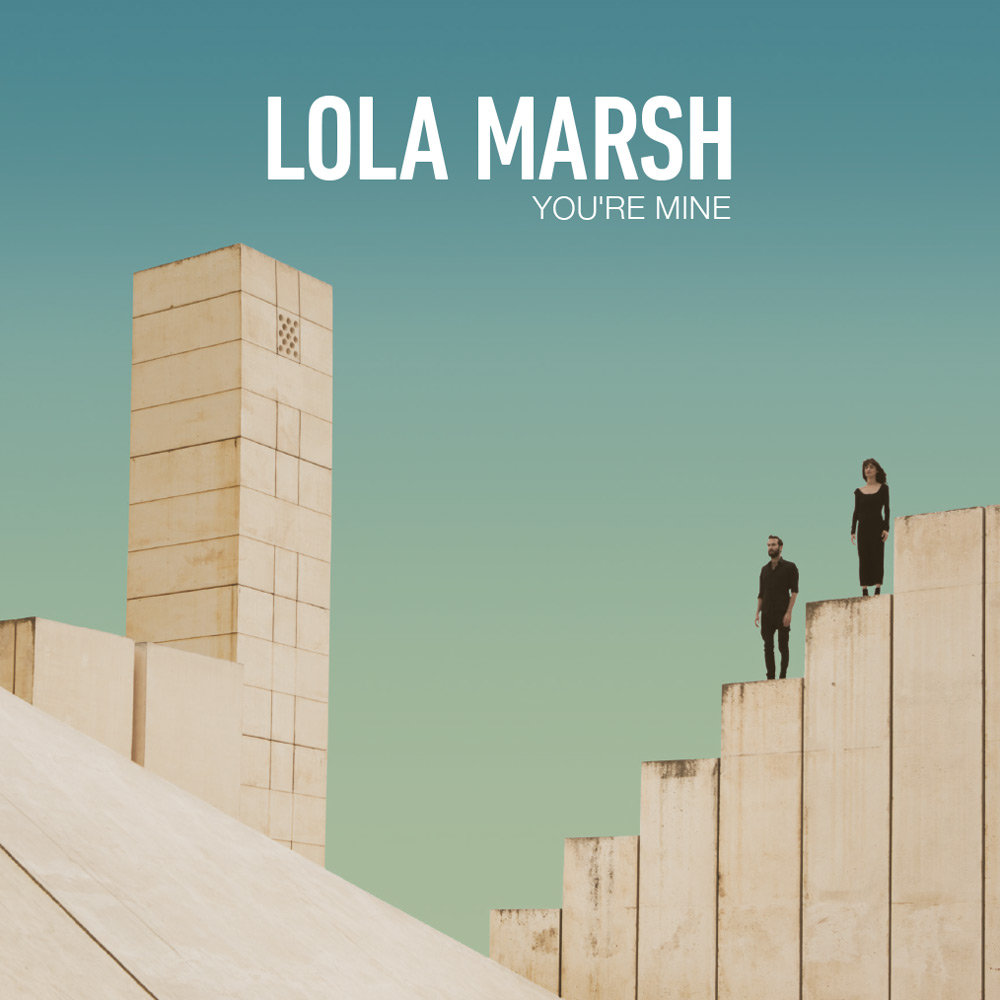 Did you compose lots of songs before you found this colour?
Gil: We composed all the time, even if it was not full songs. We were trying to get the best out of each song, or each part.
Yael: We really did it together, we write everything together.
Gil: She’s more on the words. Most of the time we don’t have like an ego like : « no, this is the line and I want this, and I don’t care », no we are more « Let’s try ». It is really a good communication…
Yael: … when we write. Otherwise, we fight a lot.
Gil: Actually when we write we fight also.
Yael: But it’s a good fight!
Gil: We feel like the fight will challenge us.
Yael: Exactly. After with the band, with the arrangements (they are both screaming) : « you have to play the ukulele not the guitar! ».
Gil: Yeah but not always, sometimes!
Yael: In a good way only.

You travel a lot. To what extent is travelling important in your creative process?
Yael: That you hear music around the world, it’s quite important, to know what’s going on. Of course you have the Internet and you can know just by pushing a button. But you get to festivals, you feel the vibe. Sometimes our songs change in their arrangements because we are performing in a big festival and suddendly the song which was small gets bigger. It affects you of course.
Gil: I think doing things, travelling, working, seing movies, hanging out, is important for the creation. Everything is good for the creation. So of course, travelling is important. But I don’t think it helps us a lot in the process.

Do you feel any difference in the public depending on the country?
Gil: Absolutely!
Yael: Every place is different.
Gil: But you can’t expect what will happen. We always try to guess: « oh yeah in Germany it’s like this ». And we are like « oh that was a different show ».
Yael: Actually inside of Germany it’s different. We had only one show in France, we can’t really say but tonight we will see! Like Gil said, we can’t expect, even in Israel, in Tel-Aviv.
Gil: Actually I’m trying to get used to it.
Yael: To let go !
Gil: To considerate it as a surprise. We don’t know what will happen and if it will be good, if it will be different, and that’s what is interesting about shows. If every show was the same, you’d get used to it.
Yael: For us it would be boring. And you know what, yesterday we had a show in Heidelberg, Germany. We had really big problems with the sound.
Gil: The sound system fell down.
Yael: And then we were really like « oh no shit, what are we going to do? », and suddendly we thought, « hey let’s do something acoustic! ». And we went down to the crowd and it was a really amazing magic moment.
Gil: We didn’t think it would happen.

You are often surrounded by foreign languages, and you both speak Hebrew. Why did you choose to write solely in English?
Yael: I really don’t know how to answer to this question.
Gil: I know! We grew up with a lot a music, most of it was western music, in English. It influenced us.
Yael: When I was a child, we were moving a lot, especially in Kenya, Africa. I think when we started to work, something about our connection went to the English language, I can’t really explain it. With another person it could have been Hebrew.
Gil: When I’m writing I’m always doing it in gibberish. Do you know what it is? (he starts to sing something in a kind of English way) I pretend to sing in English, not in Hebrew. We think it sounds nice.

Is there a story about the creation of « Sirens »?
Yael: I can tell you a really nice story about « Sirens ». When we recorded this song, we didn’t have the ending.
Gil: We had the chords, the melody, everything, but we didn’t have the parts, the arrangements.
Yael: And in the middle of the recording, the drummer – who had to record – was stuck in traffic, and it was late. And when he came after a while, he came with this note…
Gil: … on a napkin!
Yael: He came with an idea. He had the chart of the drums. So he came into the studio and recorded.
Gil: The amazing part was that he was like « ok I’m going to record, the drum put it on the left trrrrrrr (drumroll imitation) », and we were like « mmh ok man », he said « put the other one on the right, tsitikitsitikitsi (charleystone) ». We were « what the fuck is he doing, man ». And at the end he came to the control room, and genius!
Yael: He heard it inside his mind. We didn’t know it would go this way.

In « Sirens », you say: “Need a lullaby to restore your glory”. Your music seems really optimistic but is it really what you’re saying here?
Yael: Actually this sentence is not really optimistic.
Gil: You NEED to restore your glory.
Yael: I think, artists today, when they have a good song and when people like the song, they have this feeling that they have to give them more. We have to give more songs, that’s how they can restore their glory, keep on holding. And sometimes it’s stressful.
Gil: And tragic.
Yael: Yes, it is, because you always have to give the audience, and you want to give it, but sometimes you don’t have the muse. You know it’s a matter of feeling, that you have or don’t have. I wrote it actually in a sad kind of way. When I was a child, I just wrote music for me. Today I’m writing it for me as well but I have songs for me, for the world. It’s not so naive, like it started. We had an arrangement for a song and we felt: “it’s not right.” We were trying to make the audience happy, not ourselves. The song is like your child.
Gil: It’s like when parents want their kid to be a doctor, and he does not want to.
Yael: You need to let the song lead you, and not you leading the song.

Your music creates lots of images. Do you think about them when you write?
Yael: Oh yeah, I’m thinking about it.
Gil: Yeah, most of the time, not always, but most of the time.
Yael: Sometimes I come with lyrics and the song, and after a couple of days, I’m telling Gil « Do you know what the song is about? ». I see this and this in my mind.

Do you always see the same things?
Both: No no!
Yael: Sometimes it’s like « oh really? I think it was this way! » But that’s the magic.

Sometimes I hear like an ancestral inspiration in the EP, more specifically on “In Good Times”. History, the past, childhood… are they an important source of inspiration?
Gil: Like vintage stuff! We love the music from the seventies, the sixties.
Yael: Something about our music has a nostalgic feel and we try to put it into the music.

What is the best thing about being a musician?
Yael: I would say travelling. Since I was a child I loved to travel.
Gil: For me it’s writing a good song.
Yael: Yes, it takes you away, you feel like you’re flying.
Gil: A great show is amazing, but if you write a good song and you feel it, you look at each other and you’re like « hey, it’s a good song! ».

And what is your best memory on stage?
Yael: I think we have the same one.
Gil: Yeah, of course! The Pohoda Festival!
Yael: There is a festival in Slovaquia, it’s called Pohoda Festival. It’s a really unique festival, really good vibes and energies.
Gil: Good bands!
Yael: We performed there twice. The first time it was amazing, good stage.
Gil: It started with rain, with fifteen people and at the end we were like four thousand or something. It was amazing, it was our second time outside of Israel, so it was overwhelming for us.
Yael: The second time, it was before Björk, on the main stage, the crowd didn’t end! Amazing. And we’re going to perform there for the third time this year! We have a special connection with this festival.
Gil: We toured a bit in Slovaquia, we did like five shows, and every show was so special.
Yael: They were so into it, enthousiastic.