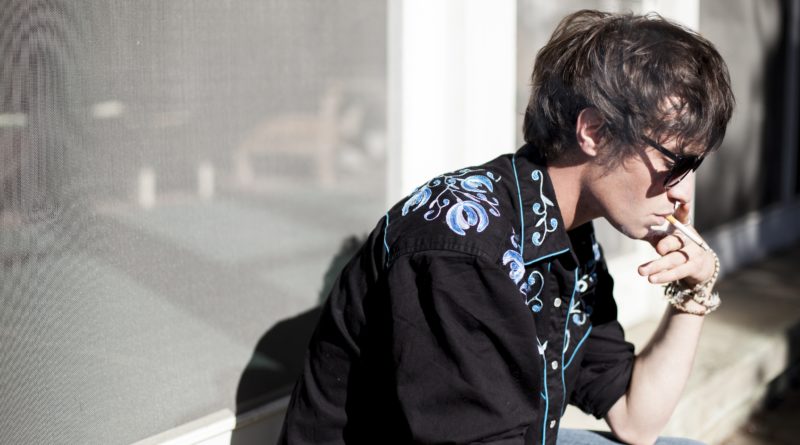 Max Jury has just arrived a few hours ago from London. He has gone for a walk and a bite in Paris where he was doing a promotional afternoon. He enters the lobby cheerful, with a bright smile on his face. Max Jury is that kind of guy that you appreciate at first sight, and even more when you have the chance to talk to him a bit. He has just released his debut album, and it’s a great one, so naturally I wanted to chat with this young and terribly talented soul prodigy. As expected, I met a gentle and kind man, with a great sense of humour: we started toasting with water and ended up talking about Max’s toes. I will say that was a casual and pretty great interview. 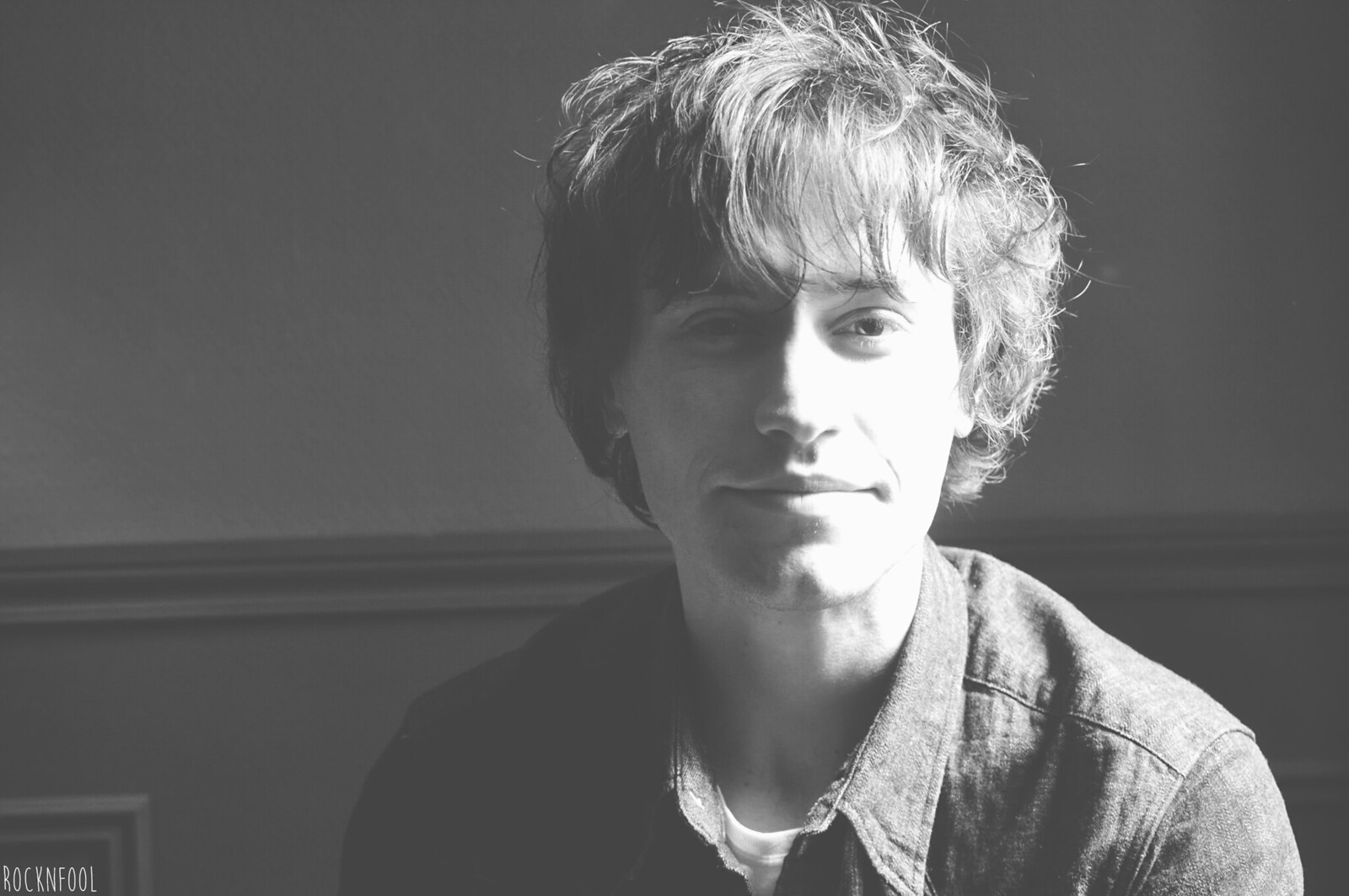 Rocknfool: So, if I had to describe you for a job interview or something, would you give me your green light for this: Max could have been best mate with Kobe Bryant and LeBron James if it wasn’t for his broken ankle. Instead he followed his heart, and love for Fame the movie, he met his future friends/musicians during his studies at Berklee College Boston, that was convenient, he sold CDs, cleaned bathrooms, released 2 EP, signed with an independent label, and then started slowly to conquer the world?
Max: Well I mean that last part is… (laughs) still need to be determined but I think that’s fair! Yeah absolutely, I started playing basketball as a kid, that’s what I wanted to do, I broke my ankle, broke my knee… disastrous… turned to music, studied in college and then here we are!

Anything to add?…about conquering the world maybe?
I guess I wouldn’t have any objections if that happened but yes, that’s pretty accurate, I like that! I’m gonna have to use that (smiles).

If we don’t know you, and we listen to your debut album, I felt personally as if I had discovered it in my grandmother’s attic. Do you think maybe you come from the past and you’ve been sent by the God of good music to counterbalance what we have to listen everyday on the radio?
That’s a pretty lofty expectation, except for the God of good music! (smiles) Basically this is just the kind of music I grew up with, that I always listen to, that I’ve always idolized, the kind of artists that I worship. I did not want to emulate but make a record with that vision in mind, as well as trying to incorporate more modern, newer influences that I like. But, yes, it’s mostly just a reflection of the music that I like, and that I’ve been such a fan all this years. I do feel like an old soul sometimes, I’ve always been drawn to that music from the late 60’s or the early 70’s. I don’t know why that is, but that’s the music that resonates with me.

Could we sum up your album by saying that it’s mainly about regrets, sorrow and reproach?
Yeah you could summarise that, but when you say it like that, it seems a bit sad doesn’t it? (smiles) But it is, and you know when I was writing the album I was kind of hung up on my past, on the things that I regret, on the things that I was thinking about, things that I wish I could have done differently, things that I could have done better. I guess the sorrow that is associated with that… the feeling like you had a hand in destroying certain things in your life that you wish you hadn’t… Hopefully the next record will be much happier.

I have a great admiration for people who can tell stories that aren’t about themselves.

Your songs are all written with the first person singular. Are they all really about you? Or do you sometimes use the stories of others?
In the case of the album yes, it’s pretty much about me. Some of the stories are maybe adapted, like something that happened to my friends, but most of the songs are about my life, pretty much entirely what I have experienced. It’s pretty autobiographical in that sense, which is just how I’ve always written songs from the first person perspective… I guess I find it easier. I have a great admiration for people who can tell stories that aren’t about themselves, and still make them captivating from a lyrical and emotional standpoint.

So do you think people can relate to it easily?
I think so! My lyrics are kind of conversational in a sense. The things I’m talking about are pretty commonplace I think, in terms of relationships, feeling a bit lost in the world, missing home or whatever. I hope people can relate to that kind of stuff and find comfort in the songs knowing that we are all kind of coming through this, trying to figure it out…

In your song “Love That Grows Old” you say: it’s not love if you don’t have to struggle (…) and if it doesn’t cost you troubles. You’re 24 now, though when we listen to your lyrics it’s like you have lived 1000 lifes as far as relationships are concerned…
I feel that way sometimes… I guess I never really had an easy going blissful relationship. I don’t know if that’s because I do that to myself or it’s just coincidence, or if it’s what I’m attracted to, or the difficulties of it all you know, the drama… I feel that way too. I spend a lot of time in my own head, I feel like I am living twice as much because I’m so much in my own head.

One relationship which shoudn’t come to an end– fingers crossed – is the one with Marathon, since they’ve wrote on their website that they: invest in long-term relationship. What’s the story behind your signature to that indie label?
Basically when I was maybe 18, I was working with my manager, I was coming to London doing really early days demos, nothing really pen out, I was young, naive, not very good… but a couple of years later this friend’s manager sent my music to a guy named Philippe Ascoli who is the creative manager of Marathon. I was in college at that time in Boston, we skyped, talked about working together. I had recorded an EP, they flew to Des Moines to listen to it and checked it out, they seemed pleased with it. We started working together in that capacity ever since. I really like them as a label because they care about me as a person, which is really important for me because I can never be the kind of dude that doesn’t have that connection with somebody at work so frequently. It feels like family, and they have really good taste in music, we have diner, we have fun, which is a nice loving environment. They really help me feel comfortable and secure, they’re great. It’s just about finding the right place…

I’m actually obsessed with “Princess”, the beautiful choir, the guitar solo… What’s the story behing that great song?
It’s gonna be a sad one, I hate to break it to you (smiles). Basically: lyrically it’s about a family member who was sexually assaulted, molested… and it’s just about her being stuck in that situation and me feeling terrible about her being stucked in that world and the lack of support she has from her family, which is also my family at the same time… Me struggling with: What am I doing about it, I’m not doing anything about it…I’m sitting here, upset for her, very troubled about all this, but at the same time I’m not really going out of my way to… comfort her, reach out to her… And that made me feel bad so I wrote that song just struggling with how to process that information.

Sonically, it’s started out as a little piano kind of thing, and I tried it on the acoustic guitar. Then we ended up having the strings and the choir giving it a lot of power, we thought we could do that with that song. With the guitar solo we wanted something just different, powerful in a strange unique way, it’s not particularly melodic, it’s more affected, very emotional but not in sort of a sing-song essence. It’s my favourite song on the record too because I’ve spend the most time on it…

I never really had the budget to do strings up until this album, so I was like: ok! Let’s go crazy!

What about the place taken by the strings in your album? It gives such a lyrical and tragic aspect to your music…
For that very reason really, it’s really lyrical and there’s a lot of beauty in it. Even if it’s just a little 4 pieces orchestra, I really think the sound is beautiful, but in the sort of, like you said, kind of tragic, wistful wave. I thought, especially for the songs that were more piano ballody, that it would be a very good counterpart to the vocal melody, to have some of that in there, to add depths to the arrangements and make it more impactful, more powerful. I never really had the budget to do strings up until this album, so I was like: ok! Let’s go crazy! (laughs)

You’ve worked in 2 studios for this album, after 3 months of writing: what was your guideline when you started recording? Was it something that you like, or do you prefer being on stage?
I like them both sort of equally for what they are, I like the ying and the yang of being in the studio and being out on stage. I like them both, I’m kind of an introvert so being on stage was a learning process for me, like how to perform and be comfortable doing that. Studio does take out a lot of you, I do want to do it again… I think I’m gonna start making a second record in October, which is not that soon, but kind of. I’ve been recording music since I was young so I feel more comfortable I guess, or initially I felt more comfortable on the studio than on stage just because I’ve always been messing around with sounds and recording songs. When we went to New York I really didn’t have any idea of what I wanted to do. I just knew that I had these songs and I was like: let’s just try to figure it out!. We had a 3 days session booked, it really started to going forward when we got back there in terms of how I wanted the album to sound. I had a general idea that I wanted to bring: this soulfull gospelly elements into it, so that was definitively in the back of my mind. But it really came to flourishing in the studio.

You’re from Iowa, you studied in Boston, you live in London, you’ve recorded your album in New York and North Carolina… now you’re on tour in Europe. Have you intended to settle down soon?
I think about that often! I’d like to settle down… I felt like I lived sort of a transient life for the last 4 years. Never really having a real home you know?! But I think after the summer, the touring settles down, I make the second record, I think it’d be nice to settle down next 2 or 3 years, find some semblance of reality. I would like that. London maybe… Iowa, I don’t mind.

Any question that you would have liked me to ask you?
I’m trying to think… I don’t know… do you want maybe a weird fun fact? (serious voice) Two of my toes are webbed together.

Do you swim better?
(smiles) I think so! 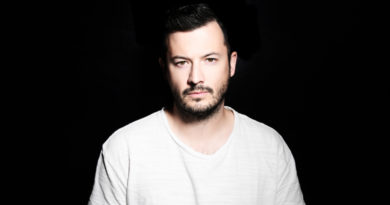 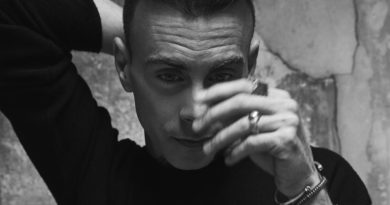 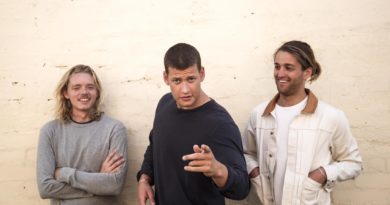