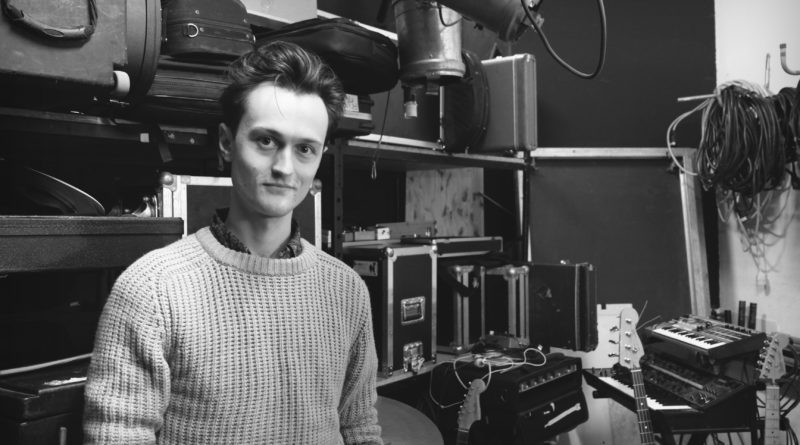 INTERVIEW – Tim Darcy was in Rennes for La Route du Rock to present his solo album. We jumped at the chance to interview this incredible artist, somewhere between a real poet and a hidden crooner.

We never talked about Tim Darcy in Rocknfool before this amazing week-end in Britany, for the winter edition of La Route du Rock 2017. Escaped from Ought for a while, he released Saturday Night, an interesting and really classy solo album. We had the chance to meet the artist before his set, to learn more about him and realize that he is as elegant and fascinating as his record. 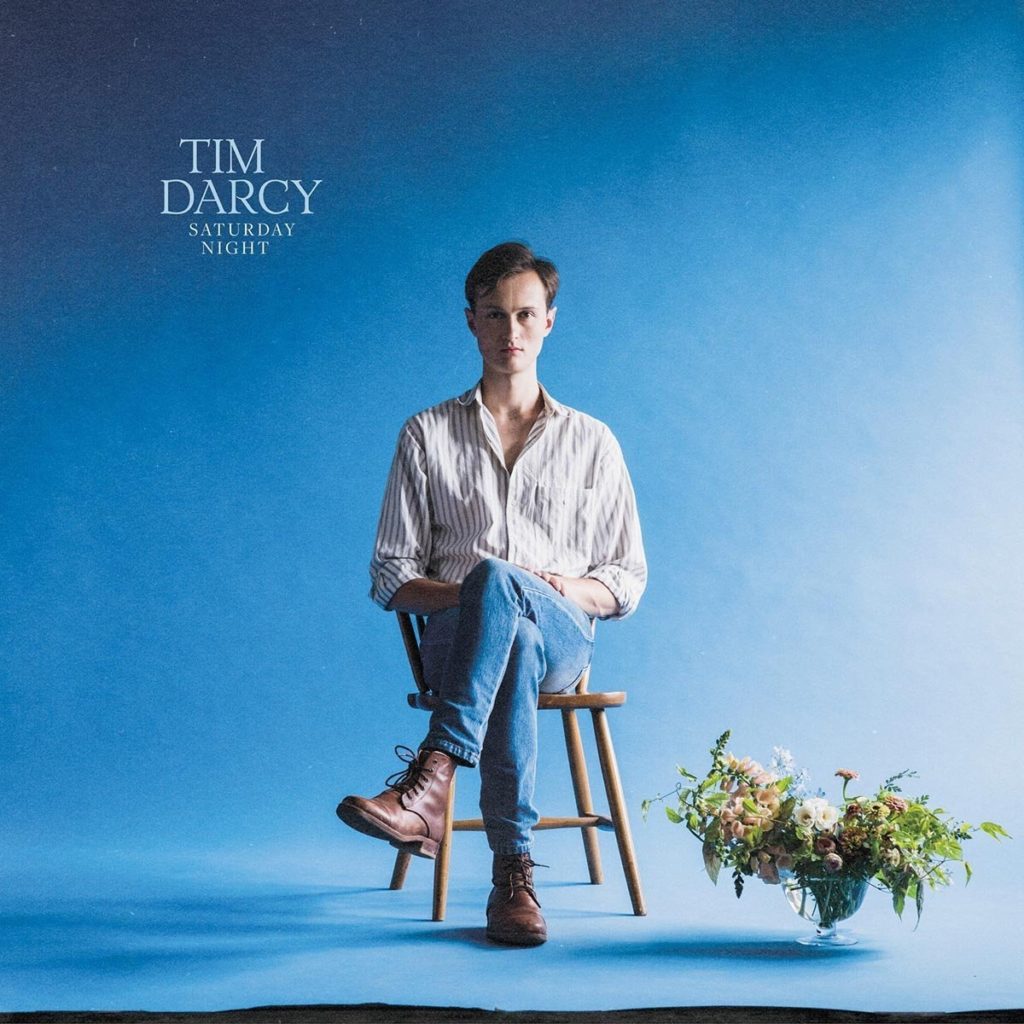 Rocknfool: Can you introduce us to your music in a few words?
Tim Darcy: I played in a band called Ought, a fully collaborative project, with 3 friends I met at school. And it’s funny how we played different types of music together and it finally collapsed in this rock, very raw and stripped down sound, that a lot of people called post-punk, because compared to Talking Heads or Sonic Youth.
Before that, I had been writing music alone for many years, so the solo record is definetely influenced by my time with the band but also the main project was to get back in touch with the different styles of songwriting. And I poured from a lot of different places but I love folk music, I love every music, kind of intimate, more songwriting rock music. Like Sonic Youth, Cat Power, very personal stories and that sort of things.

How do you choose to put Ought on pause for your album? Was it a problem for the band? Was it something that you really needed at the time?
It was a mixture, I did really need it and also the timing worked out really perfectly. Everybody is up to something different right now. It worked really organically. We worked non stop for three years so I think everybody needed a little pause, and it was good for me to slip this in.
A couple of friends of mine, in Toronto, reached me out in Montreal. They suggested me recording a couple of tracks, because we had free access to a studio after hours and on weekends. And I was with Ought, working on our second record. But as soon as they offered it, I jumped on it because I had this desire to record some of my solo music. Even like a track or two you know, and kind of just have that out there. I had bedroom recordings but I hadn’t properly recorded any of them with other people. So when the opportunity came up, I went over.

Your album is very short and yet it begins as something really rock and it ends with something more intimate and quiet. It’s like a journey, the first part is more to be listened during daylight, and the second part more for nightime. Was it something you really think about before writing it or something that came out later?
Once we started recording, everything was sounding so good and felt so good ! I worked with this great people, like Charlotte (who drums in the live band), we had a great chemistry, drumming and playing guitar together, and Amy (Fort) et Ross (Gillard), who produced the record. They just brought a really inviting, creative energy to the process. There was no dead line, so we had the opportunity to be more exploratory. Things were sounding good so I kept coming back and we did a couple of more songs. It was clear we should just put this on a new record. So over a period of 6 months, I went back 4 or 5 times and we made this album.

A lot of people are talking about Lou Reed and The Velvet and try to put your music in boxes…
I think that’s such a powerfull idea because I do think that, especially as a younger person, I would feel very drown to things I would ever get compared to. I think that’s a pretty natural way to explore music. There’s nothing wrong with that. Also I totally get that, when you’re trying to explain a new artist, some new music, you’re gonna jump to touchdowns and I think it’s totally fine.

But how different are you than the boxes we try to put you in?
That’s a great question, to put me on spot to talk about it. It’s great considering where the labels want to put me… It’s funny, the thing that surprises me the most is when people talk about anything I do as disaffected. I see that but I also love very soulful music. A challenge I want to set for myself is to go forward in making art, being more vulnerable but also more ready to be like very earness with my songwriting… I guess there is a kind of poeticism to my music that runs through it, especially in the solo record. I would just say “listen to the whole thing cause if you listen to just one of the singles, it doesn’t really do it any justice”.

I read that your lyrics are poems you wrote. Are you doing more than just music? Are you seeing music like something bigger?
A few of the songs from the record start as poems, but for me, poetry is something I’ve done since I was really young and I do think of them as separate art forms. I think they are really intimatly connected but if I sit down and write a poem, I don’t think of it as a song. I get different kind of relief from writing either of them. There’s something so powerfull about the quietude of writing a poem, being forced with just the words… With music, there’s opportunity of bringing so many other elements, obviously. But there’s a few, like Saint-Germain, on the record, started as a poem and I reworked it as a song.

How do you give the same energy on stage than on the record, when it’s very contemplative, like on “What’d You Release ?”
That’s been the great challenge for me with getting this tour ready. My main career as an artist was me alone in my bedroom, writing songs and being in a band that went from zero. We gratuated at school, a record came out and we immediatly started touring pretty much non stop. I’ve been on a lot of stages, especially reading poetry. But I couldn’t totally visualize what it would be to have a band and be doing contemplative songs because in art, it’s a very energetic affair. That was part of the fear but also the desire was to great to do this… I’ve felt that if too much time passed, I would loose sight of this aspect of myself, which really is my deepest level of songwriting.

I get a lot from being a contributor to the band but to answer your question, it’s been so rewarding the three pieces that I play with, it’s so amazing, it’s so perfect because we can rock louder songs but then we do a version of “What’d you release” where it’s just Rachel playing the violin and just me singing. Sometimes, we do it with the 3 of us but we keep it very intimate. I would never wanna loose that. Being able to figure that out has been really great, really rewarding.

Is there a second album as a solo artist or was it just a one shot?
No, no, no ! Totally not ! I just moved in a new appartment and the new place that I’m in is so good ! I have a little work space, and I’ve been so productive, in a way I haven’t been in a long time. I also had some down time so I’m gonna be playing new songs in the set. They will probably be on the next album. 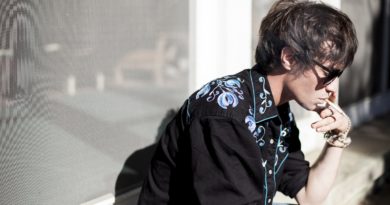 Max Jury: ‘I do feel like an old soul sometimes’ 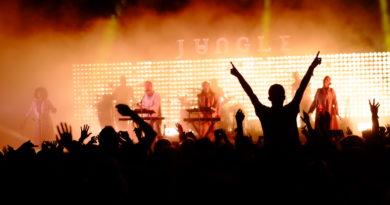 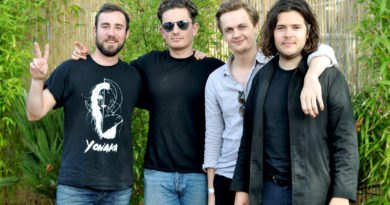