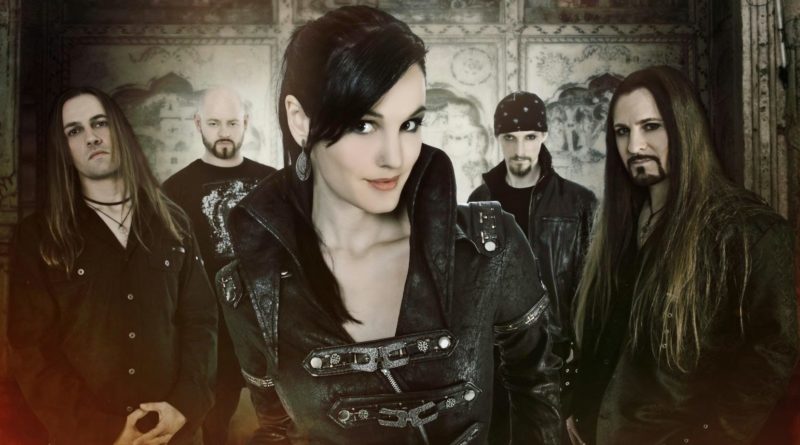 INTERVIEW – Xandria has decided to go back to the basics of symphonic metal, with their new album Theater of Dimensions. The opportunity for us to interview the lead singer Dianne van Giersbergen, and talk about symphonic metal culture, but also folk and classical music!

With their new album Theater of Dimensions, Xandria hit hard in the metal industry. A return to the basics of symphonic metal, as we loved and listened to in the late 90’s with Nightwish. And even if we are in February, it is already the best metal album of 2017. We talked about it with Dianne van Giersbergen, the lead singer of the band.

Rocknfool: On the contrary to the Nordic countries where the symphonic metal is rather family, it’s not the case in France. Not a lot of people know this musical genre. How would you describe this music to a non-expert audience, musically and culturally?
Dianne: Ooh that’s a hard question ! I guess I would ask them if they are familiar with rock music, then tell them that in our genre, the instruments make use of more extreme effects (distortion for example but drum wise also double bass) and that, in our symphonic genre, we make use of orchestral arrangements, choir and a voice that sings with the same techniques as in classical music.

Symphonic metal is based, in part, on the voice of the singers. You have a soprano voice, sometimes close to Tarja Turunen. When did you learn to sing as a Soprano, and when did you have the idea of singing in a metal band?
I had my first singing lessons at the age of 4, a gift from my parents who, at a very early age, discovered my talent for singing. I’ve been singing ever since and the path to becoming a classical singer and studying at the conservatorium was only logical for me. I’ve been raised with listening to progressive rock and classical music so also the cross over between both might have been something I was born into. Indeed I was heavily inspired when I heard Nightwish for the first time and although I was already singing in a band then I did feel some kind of a spark telling me that this was what I also wanted to do.

The style has been different ever since the release of Neverworld’s End, in 2012.

In 2013, you have been hired by Xandria and you gave to the band a new lease of life. How have you joined the band and do you agree that you have revolutionized the band?
I think “hired” is a strange word to use. I would rather say that I joined the band in 2013 and have been a part of Xandria ever since. I think that the “revolution” you speak about happened because we now have a pack of 5 people that really get along together. Next to that, I really found my place as the vocalist I want to be and fulfill this role with great joy.

Since this resurgence, Xandria seems stronger and more serene. Is there a new Xandria? And is Theater of Dimensions a seventh or a second album of Xandria?
Maybe more a third. The style has been different ever since the release of Neverworld’s End (Ed., in 2012) and if you ask the boys, then they will all tell you that this is where the band we wanted to be really began.

Let’s talk about this new album. Theater of Dimensions contains a lot of metal hymns. I’m thinking about “Ship of Doom” or “Burn Me” which have splendid choruses. Do you agree if I tell you that they are hits and it will mark the career of Xandria and symphonic metal, as Within Temptation did it with “Ice Queen” or “Mother Earth”?
Well “hits” might be more of a personal taste, my favorites of the album are different songs ;). But I indeed believe that, with this album, we have a lot of songs with hit potential, though there are still enough flavors to satisfy fans with different interests.

I was particularly impressed by the instrumental title “Céilí” too. For me, it could be the soundtrack of “Pirates of the Caribbean”. What can you tell us about this title ? What does it evoke?
This is our instrumental track and indeed I like this one very much too! It’s a real party starter and I really love it that in this song I can also give the boys a chance to shine.

I’m obliged to say so but I do truly believe that this is our best album so far!

The album also includes two ballads: “Forsaken Love” and “Dark Night Of The Soul”. It is a moment where your voice sounds different : less metal and more classical. Are these titles particular for you?
The songs and lyrics are really different from one another. “Forsaken Love” (lyrics written by Marco) might have a sad topic lyrically but music wise I wouldn’t go so far to call it a ballad, the chorus is really jumpy even and really evokes the audience to join in. “Dark Night of the Soul” on the other hand (lyrics written by me) is a pure ballad and tells about a relationship turning for the worst, about the moment that you find yourself imprisoned in what you thought was love and you ask your mother to come and save you from the situation. Both songs are however very open instrument wise and so I could use a lower register. The technique however is not classic but could better be described as chest voice and neutral singing.

This album suggests that you will make, again, a big world tour. You have not yet communicated on a tour, but will you play in France? If so, in which French cities would you like to play?
I would love too! Dates will be released any day now!

With this cultural and musical wealth, Theater of Dimensions will make its mark on the history of symphonic metal. Could it be the opportunity to capture a concert to publish a DVD / Blu-Ray?
We have been speaking about this yes, it’s just a case of organizing and finding a proper moment to do so.

Finally, I give a carte blanche to you, in order to talk about Theater of Dimensions to your French fans or your future French fans. What do you have to say to them?
I think that everyone should purchase or stream our new album. I’m obliged to say so but I do truly believe that this is our best album so far! If you don’t believe me than there is only one thing you can do… give it a spin! 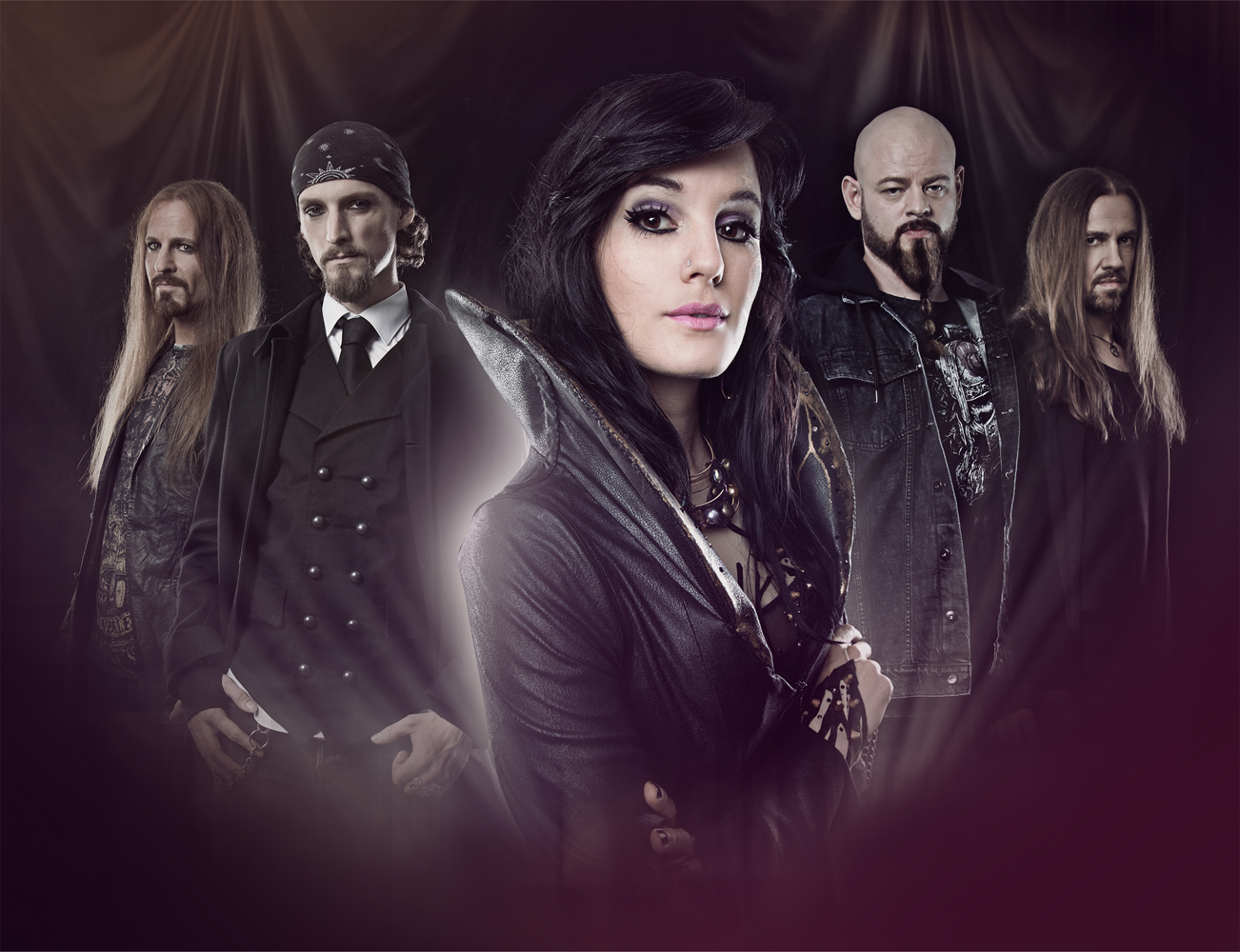 What is the first album that you have bought in your life?
Bat out of Hell by Meatloaf I think, not 100% sure.

What is the first concert where you went to?
Not a concert but a Dutch festival called Paaspop.

Which band you loved when you were younger and you are a bit ashamed, now?
Haha, there is no such band. When I was younger, I was a big fan of Whitney Houston, I still am, but I’m not ashamed of that at all! She was a great singer and I am a big admire of her voice.

What is the first symphonic metal album and band that you have listened to?
Oceanborn from Nightwish.

What is the last album that you have listened to?
Babel from Mumford & Sons.

What is the last concert where you went to ?
Again a festival: Eurosonic to watch the band “Navarone” headline.

What is your favorite song, on tour, that you like to listen on a loop?
Oh hard to say… on the airplane I often listen to the gentle version of “The Gentle Storm”.

What is the last movie that you have seen in theater?
Unfortunately I do not very often have the time to go to the theater so this is already a while ago but the movie was Fantastic Beasts and where to find them.

What is the last book that you have read?
A Thousand Splendid Suns by Khaled Hosseini, a must read!

What is the musical discovery that you have recently made and you would like to share with us?
That would be Mumford & Sons, mostly their early work when they still sound really folky. I like that and also their close harmonies, just perfect!