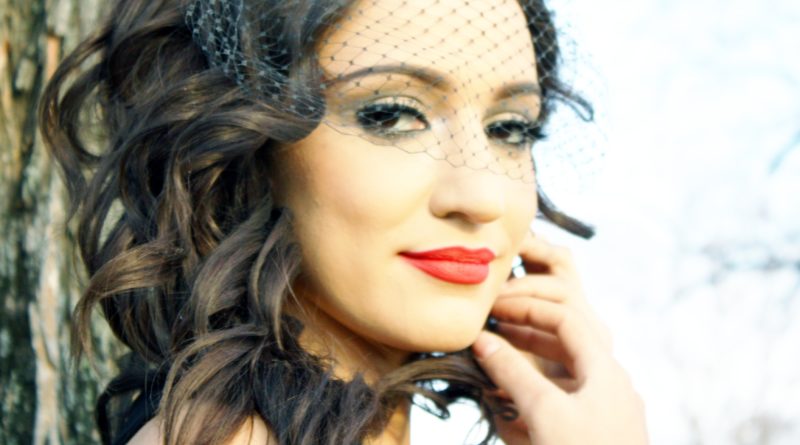 L.O. : 2012 is when the record Cigarettes & Truckstops came out in october. A little bit of evolution from Little Red Boots that came out previous. I think it’s a little more blues here. As for me, I’m still doing what I did last year, touring a lot, writing and keeping busy, going back to Europe and the UK in February. I’ve got the idea to maybe put another record this year. Quite similar to last year actually, same things, just more of it.

Your father gave you your first guitar …

L.O. : He bought it for my mum, he teached her how to play, but she was not interested. So we had it hanging out on the wall, almost like piece of art, and I think that’s why I was drawn to it. I asked him if he could take it down and show me a couple of chords. And he did. Then I taught myself the rest.

Can you tell us more about your decision to enter the world of music which is not easy at all. How did you come to tell yourself « I wanna do music » ?

.L.O. : I think I just loved it. I wasn’t thinking about how difficult it would be or anything like that. I was just thinking about how it moved me and how passionate I felt about music, and how much I love to perform. When I got on stage I just got this feeling of euphoria and that was better than any drugs, it was just this amazing feeling. I craved it. I became sort of addicted I guess to perfoming and singing,  And that’s a good thing I didn’t think about how hard it would be because maybe I wouldn’t done it.

It’s not easy to make a living of it. You’ve made two albums by yourself no ?

L.O. : No it’s not and I wasn’t making much. It took me a long time and I still don’t make a lot of money out of it. But I can pay my rent now which is good, it becomes my job now. I don’t have any other jobs, but for a while I had to work about three jobs and the music at the same time. It’s a really tough industry but you have to love it in order to do it. It can’t be about the money.

Your last album is called Cigarettes & Truckstops. Can you describe it in one word ?

L.O. : Gosh ! (she’s thinking). Juxtaposing. It means that there’re two sides to it, that work together. Johnny Cash for example he has a song called Folsom Prison Blues, it’s a very dark song. He had shot a man in Reno and watched him died. But you listen to the music, and the music in that song is very upbeat, very jovial. But you put the lyrics and you see all this dichotomy, there’re two sides to it. So I feel like this record is juxtaposing because there is light and dark in each song.

How do you find your inspiration on road ? Isn’t it too repetitive, same habbits, same places ?

Some things do stay constant. There’s a routine to it, but there’s always unplanned things that happened. For example the people that I’m with on this run, I’ve never turned with them before. So that’s a all different bunch of personalities, crew of people, jokes and all this, people that have different interests in different things. Last tour was with a punk band (Social Distorsion) and before that it was with K. D. Lang. So every tour is actually quite different even tough there’re the same things that we do like all the soundchecks and rehearses, show up and have the routine. There is inspiration in that and I also find that usually with every tour there’s some cities that I haven’t been to, or some restaurants, bars …You never have the same experience twice, it’s impossible, there always going to be a factor of that experience that’s going to be different. I try to write about that.

I write about all different things. My life has been quite different the past few years since my past record Little Red Boots came out. Then it has been my whole life. This touring, and crazy schedule that I’m doing, takes out little tiny parts of my existence so far. But before that I’ve lived a very full life, and I still live a full life but I’ve lived normal experience, and there’re still many things to draught from it. I haven’t written the half of it, so I can still draught from there, from dreams, from movies and books.

How do you chose and gather songs into an album ?

L.O. : I had a few songs written, I played it for the producer, he came to my house, and we kind of talk about how we’re gonna put them together, which instrument we could use. It was really just more about what would flow, what would make sense with the vibe of the record, and start seeing a vision for the record. Some some songs that I played didn’t really fit that vision. maybe we will put them on another record down the road.

You’re currently living in Nashville. Do you think it was inevitable to leave Canada to make your music ?

L.O. : I’m not sure it’s entirely necessary. I think it’s different for everybody. For me it just made sense. In Toronto, there’re just a couple of venues, maybe even just one that you can play in the vein of the music that I do. After I’ve played that venue a few times and realized that there was no room for me to grow I had to figured out where was the most logical place for me, to play more venue, to get more inspiration. Nashville is a music city so that was the place for me. A  lot of my country music heroes that I love have some sort of connections to Nashville. So I needed to go and get my history lesson, and see how I could spread my wings in that city.

So you don’t see yourself coming back to Toronto ?

L.O. : Not anytime soon no. It’s not for good, but not in the immediate future. I don’t rule anything, I’m not an absolute, because I feel that any situation can change. I’m constantly learning but I feel that in the immediate future, I don’t have any plans. I spend most of my life in Toronto so I know it very well, and I feel that there is just more for me to explore out there. I return all the time for playing shows, and I’m pleased to come back. And I think if I move back to Canada and if there was a place where I could try living, I would maybe give Vancouver a try, because it’s so beautiful.  I like to try different things. Now that I know I can do it, now that I took the plunge and did it, it’s “now I can live anywhere”, I can try anything.

Why didn’t you move to Nashville before ?

L.O. : It took me a while  to really come to that realization. It took me some experimenting and some evolution to come to this point. I wasn’t somebody to start it off, knowing exactly what I wanted to do, and what I wanted to be. I started realized in the past few years that the epicenter of all my interests was Nashville, Memphis, and all those kind of southern cities. Before I might have liked country music, but I didn’t have the money, the resources, I didn’t know if could make it happened. It wasn’t until last year that I was just like : “I’m ready to take this lead, I’m ready to make this step, I’m gonna do it, it’s a now or never thing so I said now !”.

What are you expecting for the rest of your career ?

L.O. : My only goal as far as music is concerned, might seem very shity to everyone else, but this is the honest and god truth, I love what I do. I love touring, I love making music and performing. I don’t care if I never play a stadium or an arena, that’s not my goal. I don’t care if I don’t make a million dollars. All I care about is being able to continue to live, and do what I do. Because I love it, and I just hope I can continue making records, playing for people, for as long as I can go, for as long as my voice holds up.

The aim of the quizz was for Lindi to chose between two songs, or bands picked according to Lindi’s songs from Cigarettes & Truckstops. Both songs have one word in common with Lindi’s.

Somebody That I Used To Know !  We heard that song when I was in Europe. It was playing everywhere and it reminds me of being on tour in Europe, which is a nice memory for me, so I’m kind of nostalgic I guess.

I can’t decide ! That’s a tie. Can I say a tie ? Because I love both of them. And I feel like Queen, Freddy Mercury’s voice can’t be match, he’s got such a great voice, but I love AC/DC. I can’t chose.

I had to ask you one last question : where did you find your amazing sunglasses ?

L.O. : The cat-eyes one that I have ? I got those in a store in Toronto, I’ve got so many so. I haven’t been able to find them anymore. I bought them and I wore them so much that like fell so apart. And I went back to the same store, they don’t have them anymore, so I don’t know where. I loved them, they were my favourite. Yeah, they’re gone.

Thank you so much for your time !