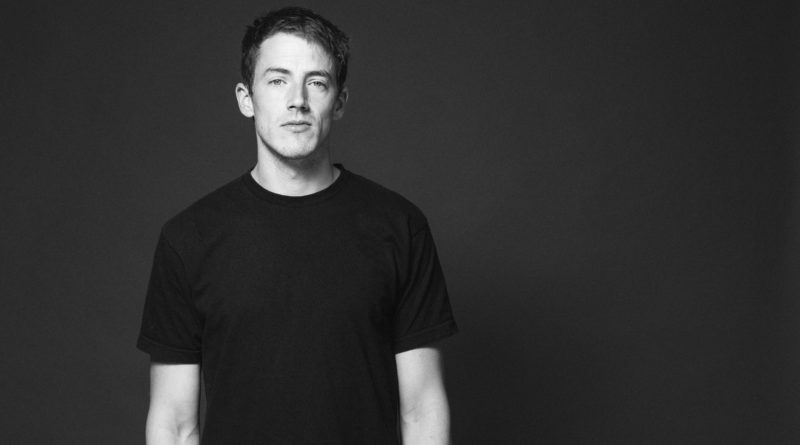 Rocknfool: You and Paris it’s a story of missed appointments! What happened? Are you happy to finally come back here?

Charlie: Yes I know! I’m really happy, it’s like the third time! The third time that I had a potential gig. Obviously the first time was the horrible stuff that happened in November, and then again I was going to support Emmy the Great, but she was ill then I got ill the same week-end. So here we go again, and I’m really happy to be here, finally! With such great artists [Aidan Knight and Hannah Epperson].

I’ve read that you were a barman, you’ve travelled to Spain, you’re Aquarius, you live in Oxford, but actually we don’t know much about yourself. Is it something you want to keep to yourself or do you think it’s not something very interesting?
Myself? I am quite a private person so I don’t talk too much about myself to anyone really. I guess if people were to ask me I’d tell them, otherwise I’d just keep it to myself.

Can you tell us more about you then?
What do you want to know? (smiling)

I don’t know! We always find a lot of information about artists on the Internet, and about anything. But I’ve just found these four things about you…
(smiling) The four things were that I’m Aquarius, I lived in Spain, I was a barman, and I live in London now, I don’t live in Oxford. That’s a new thing! But I did live in Oxford, I was a barman there before I went to Spain.

So how music came into your life?
It was just always there from when I was very little, I was kind of receptive to music. And I do always have a kind of curiosity with music and musicians. When I was little I used to watch music documentaries, I would just find it very interesting, we had a piano in the house…

Ok, you wanted to be a musician at this time…
I wanted to be a musician… I’ve always enjoyed playing music but I never really thought about it because I couldn’t read music, I had friends who were musicians and they had a bit of training, they could read it and they were more adaptable so I didn’t think I would be able to do it really, which is why I went to Spain because I thought that if I could learn that way of playing I would be able to A/ work and B/ write the kind of music I wanted to write. Does that make sense? (smiling)

I wondered what was the story behind your signature “Dumont Dumont“, your Swedish label?
There’s a guy called Magnus who runs the label and somehow he just heard my music really… He really liked it. It’s basically as simple as that. He got in contact and obviously I had seen who he worked with… José Gonzalez, Ry X… So I knew it was definitely cool stuff that I really enjoy listening to. It was really nice to have him interested in what I was doing.

He just found out about you like that?
Yeah I think so… You know how these stuff happened: that’s the main thing about social medias I guess, words of mouth, sharing… but I don’t how he found it! He found it, thank God (laughing)!

So have you had the chance to travel to Sweden?
Yes, I played at Where is the Music Festival there. And that’s it! Oh and I’ve been there with Mighty Oaks in Stockholm but I will be there more in the future.

When we speak about you, people always stick to your Spanish influences. Would you say that it’s THE one thing that describes your music?
No I think it’s definitely an aspect of the music but I guess that is certainly something about my guitar playing which has that kind of technic. And that’s probably it really… The music is the result of everything really: I only went to Spain 6 years ago and now I’m 32, so I had a lot of influences before that. I think it’s just a combination of many things, but one of it is definitely flamenco.

Aren’t you a bit annoyed by everyone associating your music to that Spanish sound?
Not annoyed. But I get it, I get how that comparison would be made because that is definitely a technic that I use, it’s definitely a valid observation, but then it’s not exclusively Spanish music you know…

On your last EP Heights, your lyrics felt like a series of advices, a bit moralistic but wise. Are you the one talking?
Aaah (laughing) sometimes… They’re sometimes about me, or towards me, or just about people that I know, or nothing relate to me but it doesn’t really mean they’re about me, you know what I mean?

So you speak to anybody?
Yeah yeah, there’s only a few that are specifically about certain people, like I’ve got a song called “Plans” which is about a friend of mine, but the rest of them could be about a lot of people really.

You take the stories of others and make stories about it?
Things that kind of affect my songs, like a mood, so it can be about a lot of things really, nothing too specific, nothing too direct.

Is there a logical guiding line in your 3 EPs?
The first two are much more with the guitar and voice and then there’s other stuff around it. This one [Heights] is just slightly… giving it a little bit more stuff, I’m opening up the music a little bit more, keep on developing and trying different things. That’s the main thing for me really: not going to restrain only on one thing.

Is it something that you like, to try new songs live before recording it?
There’s definitely a lot to be set-said for: like playing new songs live and getting it as far as possible, getting the caracter of the melody, or the delivery of them… it could be a good test of the song when you’re playing it live kind of setting. I definitely like doing that. Sometimes I just write them in different way, and there in the studio they just come out like that, that happened a couple of times.

I thought you were going to tell me that sometimes you can write songs on stage…
(laughing) No! But I’m sure someone has done that.

I have to ask you that: will your next EP cover be yellow? [Outside Thing is blue (2014), Breather is red (2015) et Heights is green(2016)]
That would make sense, wouldn’t it? Blue…. red… green… The next thing is an album, so I don’t know what colour that would be. That would look nice yellow wouldn’t it? (smiling) That could be a thing… I haven’t thought past these three…

One of your trademark is the acoustic guitar, but in Heights one of the song contains no guitar at all. Is it your way of telling that you have more than one string to your bow?
Yeah it’s like I’ve always played the piano and I really love the piano, as I said it was always in my house when we were growing up and it’s something I wanted to include in my music. That was the first time that it was necessary to include it, and I will definitely do it a lot more in the future. Whatever happens really, try no to limit myself to much and see what sound right at the time for the songs…

Do you picture yourself in Wembley?
Like Ed Sheeran? (smiling) I don’t think so… That would be amazing! The boy did well… three nights! With his guitar, he grabed the audience… so anything is possible! But my expectations are not that high…

Maybe one day!
Who knows… (laughing)

Actually I asked you that because I’ve read a question about the sadness of your music, but I don’t agree with the word sadness.
I don’t think they’re sad, there’re sad moments, but not sad music, some songs can even be quite uplifting!

There’re two teams in the music world who are put facing each other on one vital matter: music is(n’t) a therapy. Which team are you in?
It depends on the music definitely, some music is therapeutic, but it depends on what you name therapeutic for what really… there’s some music to dance, to sing, and that’s a therapy on itself. Sometimes there’s something in the background while you’re making your breakfast, sometimes you want to sit and really listen to, sometimes you want to dance… Like if I wanted to go out dancing I wouldn’t want to listen to my music for example, you know what I mean? (laughing)

There’s different kind of dances though…
Yeah that’s true actually! I take that back (smiling)…

Because you know I talked about this subject with RY X, and he told me music was liberating for him: if you were honest, music had to be therapeutic.
That’s it yeah. I guess all music should really try to provoke emotions…

So it is therapeutic for you.
Absolutely, it’s a wonderful thing to finish songs and to feel like that they’re an honest and accurate representation of how you were feeling at a time… and it took me a long time to finish songs – I would never finished them – and I think at that time I found it very difficult to have all that stuff stuck in my head that never had go out. So when I started finishing songs I would be load off a lot of mind. And when they’re finished, it exists, they have a place in my life, it can change when I perfom songs, it doesn’t necessarily mean that’s how they’re gonna be forever. It just means that they captured, and that I can kind of stop thinking about them for a bit because they’re there… they’re always kind of there…

I understand. Little Green Cars said that when they were singing a song each and every night, the feeling behind it kept coming back through their mind, so it wasn’t therapeutic at all.
To play them again afterwards? Because once they’re recorded, once they’re there, you don’t necessarily have to go through that same emotional journey every time you sing them. You’re more kind of presenting the song. The emotional journey happens in the writing and the recording, sometimes you’d be emotionnaly connected to that subject when you’re performing it but most of the times you just… try to play it well.

If you could go back in time what advice would you give to your little you?
I would probably tell him to practice, and keep doing it!

You think you haven’t practiced enough?
I think I really didn’t start working the guitar properly until much later, I played a bit here and there and I didn’t work properly until I was much much older… but then I was being a kid you know… I would probably tell my little me “don’t worry, it’s gonna be alright! Keep going”.

What would you like people to say about you in 20 years?
Oh man I don’t know!

I also wrote “how would you like to be remembered?, but it’s a bit morbid!
Yeah! You’re about to kill me? (laughing) I don’t know really… I would just like people to remember not me, but my music, it would be nice…

Thanks to Charlie and Elodie. 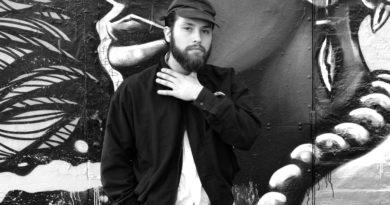 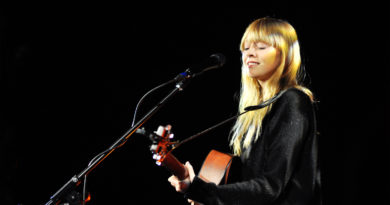 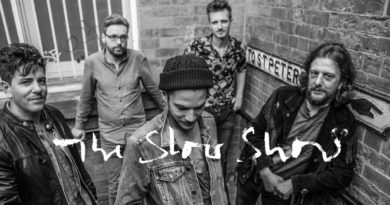